"Life Is A Journey Not A Destination"

Historical locations amaze and excite me. During my first visit to the South of France, I was in love with the fields of lavender and the architecture of many buildings. There are three “must-see” monuments in the South of France I recommend.

The first recommendation is Le Palais des Papes (The Palace of the Popes), which is located in Avignon, France. The palace has such an interesting history; it’s one of the most visited museums in France and known as the biggest gothic palace in Europe. It’s a pretty prestigious monument because it was thriving with residence and known as the powerhouse of the Western Christian world during the 14th Century.

During the year of 1995, it become a UNESCO world historical site. During my visit there I was amazed at the design and that I was able to walk through an actual palace. 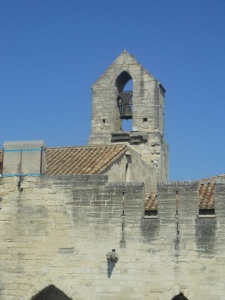 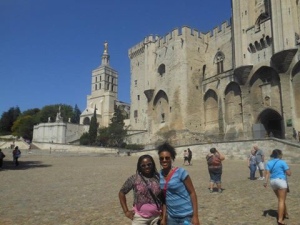 The second place is Arenes de Nimes. It is a preserved Roman Amphitheatre. Being 2000 years old the arena was used and devoted to gladiators and bullfights. Today it is used for concerts, the traditional bull fights, tourism and several local events. One fun fact: the arena was designed so everyone would have a view of the entire arena. I tested this fact for myself by entering the arena through two different entrances. I was amazed at the view and actually being able to see the entire arena; it was beautiful. 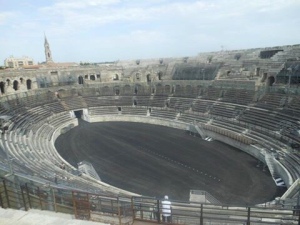 The third place I recommend is Pont Du Gard. It stands at 48 meters high across the Gardon River. It was originally built to convey water into Nimes. Just like the Palais des Papes, Le Pont Du Gard is a UNESCO historical site and has been preserved for many to visit and explore since 1985. During my visit we hiked up a hill to get a scenic view of the aqueduct, and I must say it was beautiful to see from a different angle! 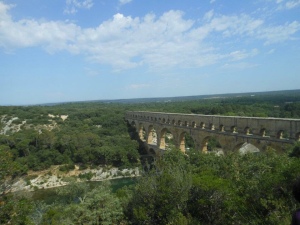 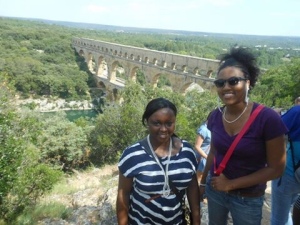 I find the South of France to be tranquil and filled with beauty! It is my favorite place in Europe so far. One can enjoy history, good food, relaxation and art all in the same location. There’s several other historical monuments and must-see locations throughout the southern regions of France, but these are the places I got the chance to visit and enjoy.